LLG finally get their residential

Double LL – G as they like to refer to themselves have been involved with loveLife Generation for over two years now. The majority of them started their journey in Year 9 when they took part in the ‘Take Back The Future’ training programme. 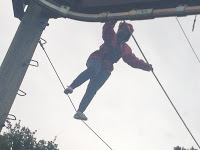 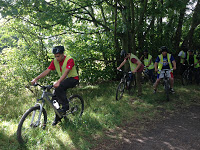 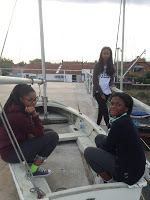 They enjoyed it so much they voluntarily continued to attend, build themselves as leaders and also help on social action projects. Between them they have participated and contributed to the the Hallywell street projects, the wild life projects, Hand Made For You, Ubuntu Conversations For Change, Save The  Children workshops, Swedish RESPECT MORE exchange, Usher’s New Look Foundation as well as others. They’ve completed their Duke of Edinburgh Bronze, Youth Challenge and are even helping out on other trainings.
Now having just completed Year 11 and about to embark on a new journey as they hit 16, loveLife Generation have finally been able to afford a residential for them where they stayed on the FairPlay Barge.
Not only did they enjoy the beautiful countryside – they showed great teamwork and love for each other as they completed a timed walk/run with only a map, a few torches and a very heavy wind behind them.

All the training and development they had been through was on display as they shouted words of encouragement as the completed the high ropes obstacle course, rowed, caved and cycled.Best wishes to you all and continue to BE THE CHANGE you want to see in your world!

How well do you know Hallywell? (or your own neighbours for that matter?)

How well do you know Hallywell? (or your own neighbours for that matter?)

Remove Picture
What was your experience of loveLife?

Thank you for sharing

Please log in again. The login page will open in a new tab. After logging in you can close it and return to this page.